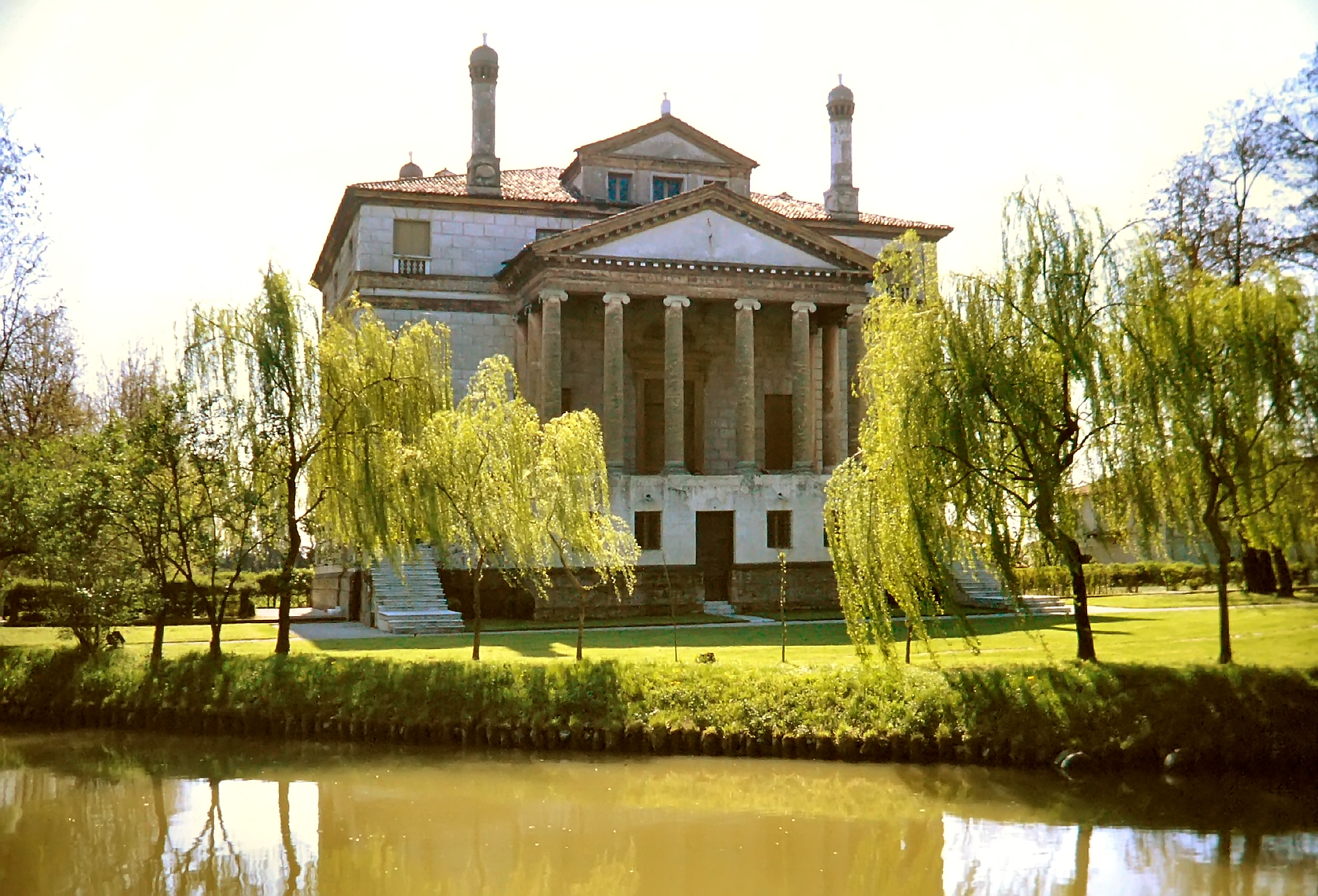 It is the first villa we encounter coming up the brenta from venice, it was built between 1550 and 1560 for the foscari family, and its function was primarily as a country estate. Palladio was instructed to design a mansion worthy of one of the most important families in the city and did so, producing a majestic, regal-looking building on a high foundation, designed to emphasize its monumentality. For the same reason, the annexes were built at some distance. One of the outstanding features of the building is the combined use of elements typical of venetian architecture with others from classical art. The main façade faces the water, like the palaces on the grand canal, while the magnificent loggia with ionic columns flanked by two solemn staircases is reminiscent of the roman buildings studied by palladio. The building, in smooth rusticated ashlars and divided on three levels by light projections, is a typical demonstration of palladio’s sober architecture; the architect was indeed a master at obtaining monumental effects using poor materials. Inside, the spacious cruciform hall is particularly attractive, and the rooms are decorated with many valuable frescoes, initiated by battista franco and completed by zelotti. Some of the frescoes and annexes, as well as the surrounding wall, were demolished during the austrian rule, and restorations were undertaken in 1926. The imposing structure can now be visited, and is listed by unesco as a world heritage site. The italian government has also listed it as architecture of significant historical and artistic interest. Many illustrious personalities have been guests in the past, including henry iii of valois, king of poland and france. As regards the singular name of the villa, “La malcontenta” which means “The sorrowful lady”, it has been attributed to the legend about one of the women of the foscari family, imprisoned there as punishment for her infidelity. But the name of the villa is also the name of the entire district, and more likely refers to the memory of the disastrous floor that occurred in the past.

YOU CAN VISIT:
interior and exterior.